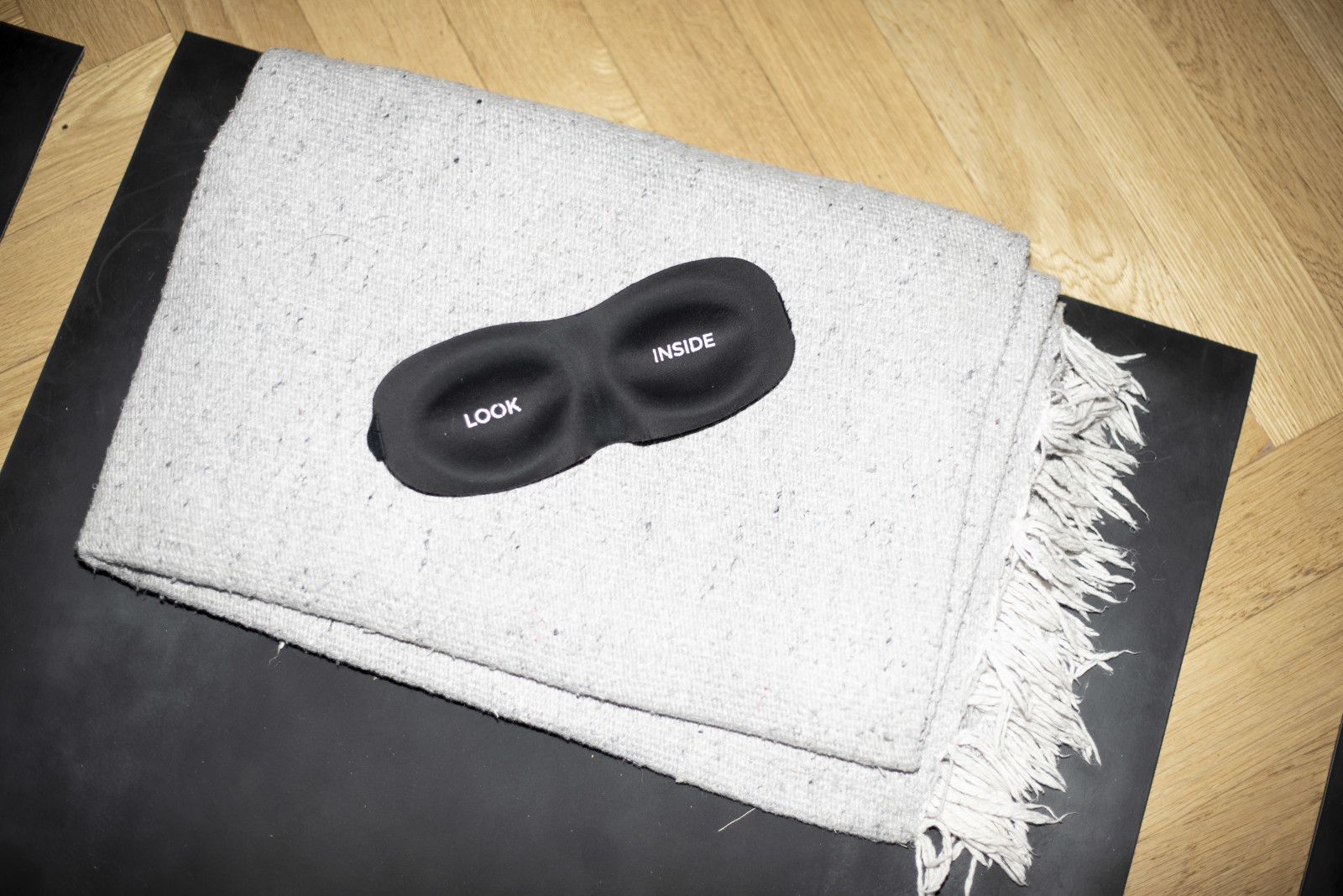 Of the 115 million people who watch the Superbowl, how many of them watch for the football and how many are there for the chips, beer, and half-time show? Some experiences are actually about the distractions that accompany them, and that’s okay.

WOOM is a yoga studio that tries to engage all of your senses. In other words, there are a lot of distractions here and at times, the five-sense stimulation feels like the main event. The sound and visual elements feature heavily in WOOM’s two primary offerings: yoga experiences and sound experiences.

The yoga experience incorporates the sound and visual elements to varying degrees depending on the instructor. We’ve found their signature WOOM Yoga, a Vinyasa class, to be on the faster side and quite challenging. FYI: the more O’s in WOOOM the longer the class. And Super WOOM is their advanced version. The regular version is tough stuff, though—you will definitely be sore the next day.

The demanding flow series can be a miss with all of the other sensory elements, especially if you’re prone to distraction. In the best cases, it’s a perfectly pleasant class. Other times, the combination of projected visuals and eclectic sounds—thinky funky iTunes visualizer plus digideroo—feels just as forced as you might imagine.

If you’re looking for challenging Vinyasa with a bunch of other people who have bought more than one book from the New Age section, WOOM is your spot. If you’re really trying to achieve some inner stillness, it might feel like there’s too much going on. It’s almost impossible for an instructor to coordinate poses, sound, and visuals in a way that feels cohesive and purposeful. This can definitely take away from rather than add to the “experience.”

WOOM also offers sound experiences and we think these are much more interesting. This is like when you go to a Superbowl party without even pretending to care about the football, or in this case, yoga. Offerings include sound meditations, sound baths, and WOOM Gong. Ultimately, these experiences mostly consist of lying down on the floor while listening to someone else make a variety of sounds.

Sometimes there is so much sound that it feels like you’re in the rainforest and Times Square at the same time. It’s weirdly peaceful and surprisingly powerful. Just make sure to check the duration on your signup because a three-hour sound meditation is a very long time to pretend to be asleep. 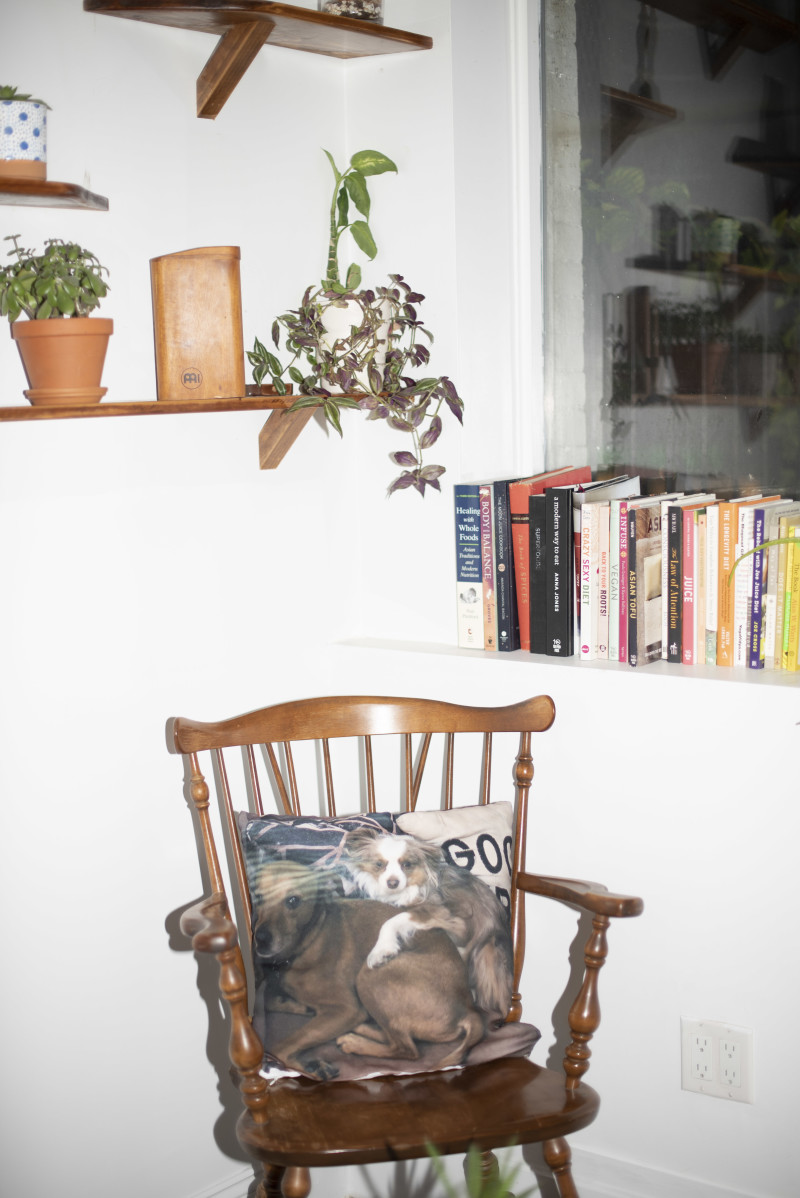 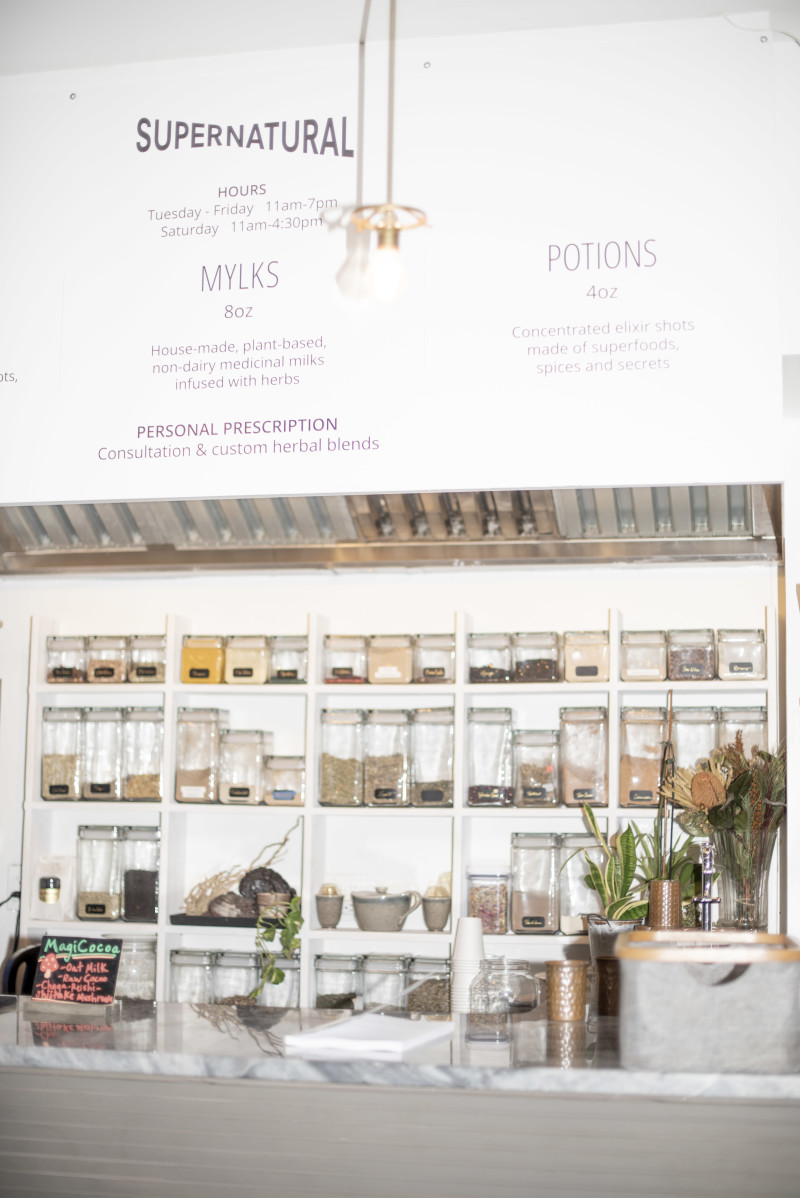 There's plenty of space to chill while you wait for your personal "prescription" from WOOM's herbal pharmacy.

Occasionally, after an experience, you’ll be met with an Elixir from WOOM’s herbal pharmacy. It tastes…healthy, so don’t feel bad about skipping it if that’s not your thing.

Between WOOM’s herbal cafe and its plethora of experiences, there is a lot of stimulation going on here and most of it is just okay. Sometimes, WOOM stumbles over its own ambition to be unique. However, their sound experiences are a real treat if you’re looking for something different and they offer them fairly frequently. Plus, their pricing is really reasonable especially considering their prime Bowery location and lengthy experiences. Just make sure you’re okay with a small to medium dose of wacky with your yoga.